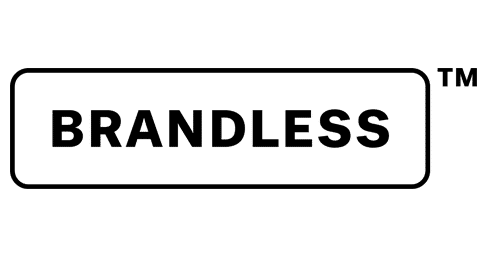 Have you guys ever heard of Brandless? It’s a non-brand brand that my mom sent me an article about a few weeks ago. I was immediately interested in what I saw, because everything is literally $3 flat. Guys, I bought organic maple syrup for 3 bucks and that’s out of this world because that is unheard of for REAL maple syrup. But is this Brandless really not a brand?

The dictionary literally defines a brand as “a type of product manufactured by a particular company under a particular name.” Yep, sounds like someone has a case of mistaken identity.

Let’s dive in a little deeper into Brandless and their brandless state of mind. Brandless has a term they call “BrandTax” they use to define the “hidden costs you pay for a national brand.” Brandless says when a price is higher, people will tend to believe that quality is better. Upon check out, Brandless shows you an estimate on the total BrandTax you saved for the order.

I feel ya. I don’t know anything about the “tax”, but I do agree that people are fooled into thinking that higher cost equals higher quality. *I type as I drink my three dollar bottle of wine.* And while I do agree that people will pay more for perceived quality, many people spend more for brand loyalty alone. For example, people who only buy Tostitos tortilla chips, when in reality they are the same as the $1.50 bags. Brand loyalty.

It’s an interesting concept, and I definitely think you should read more.

“So, Alyssa, what did you order?” Well, thanks for asking. My thought process on what I ordered was buying things that 1) sounded interesting and or too good to be true and 2) could be compared to your everyday items.

Reminder, everything cost $3 flat. I ordered this: 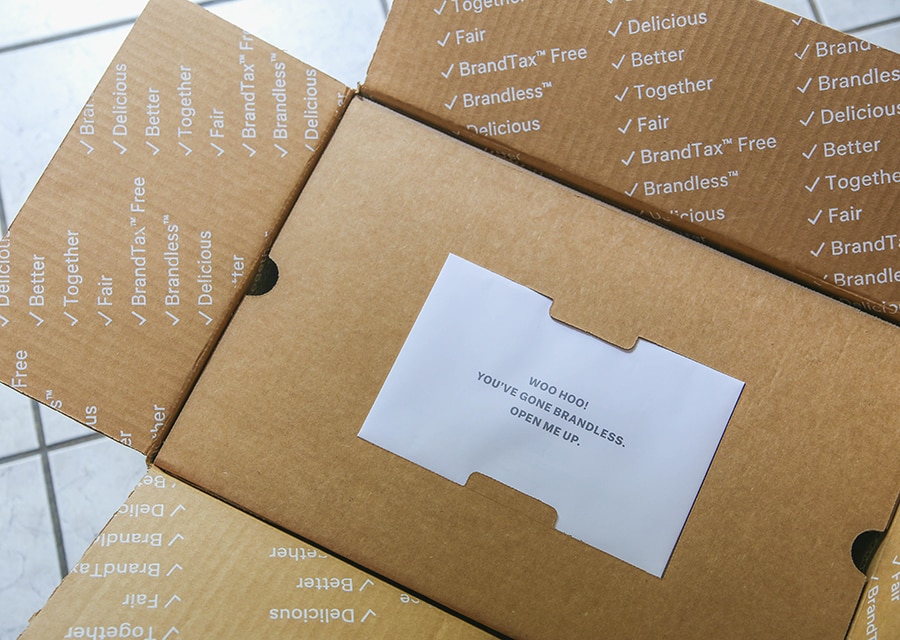 Ok, so basically I just ordered a bunch of snacks... LOL.

My total came to $48 and on your first order, you get $3 shipping. (Next order will cost me $9 shipping). That brought my total cost to $51. For what I got, it feels like a lot… Probably because I’m a bargain shopper and love Kroger-brand items more than anything else. #loyalty 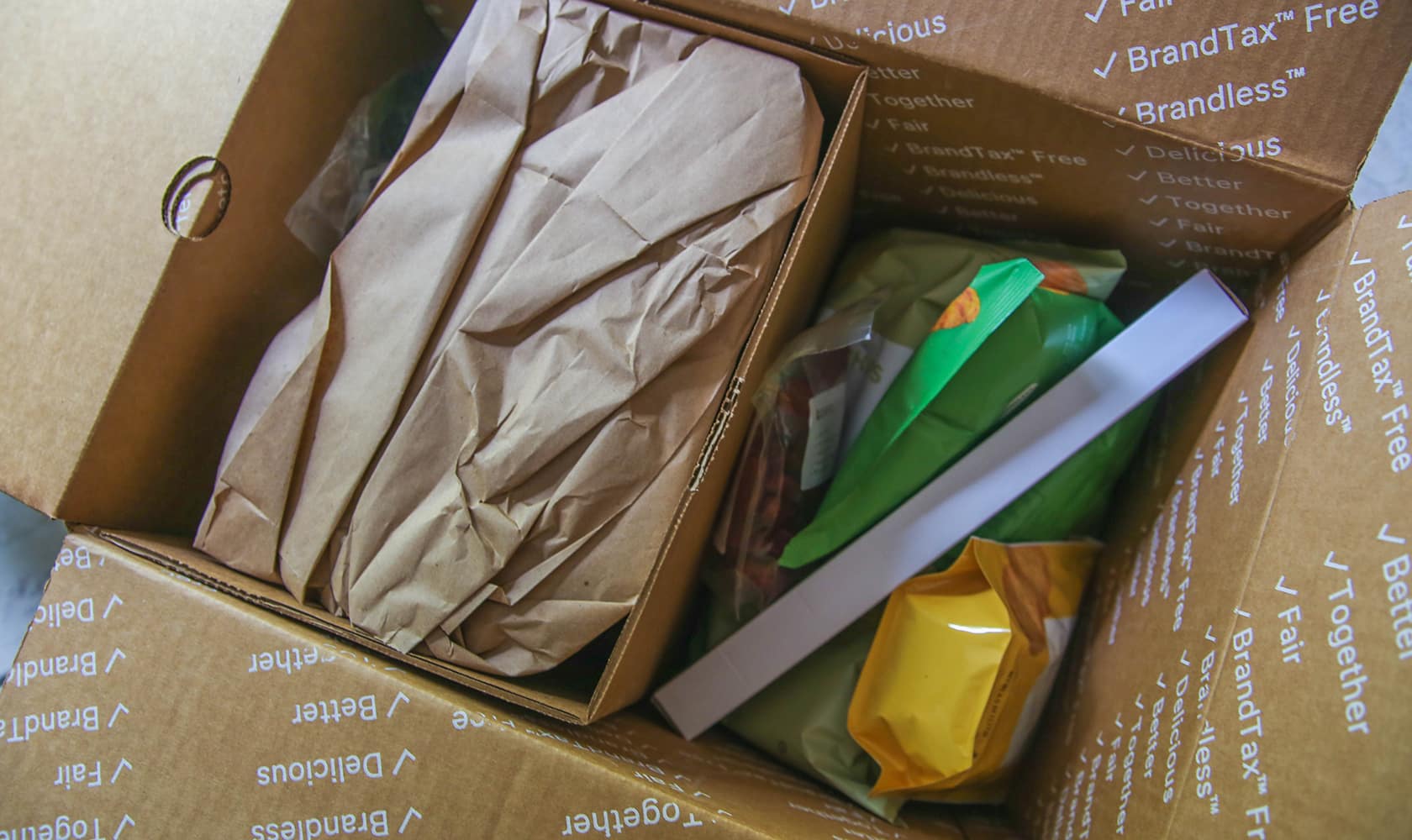 My box finally arrived! Yay! The shipping cost was for 2-4 days, so I didn’t have to wait around too long to get it. Being a graphic designer, I love packing. So I’m always excited the first time you get a package from a new company to see how everything comes together in a box. 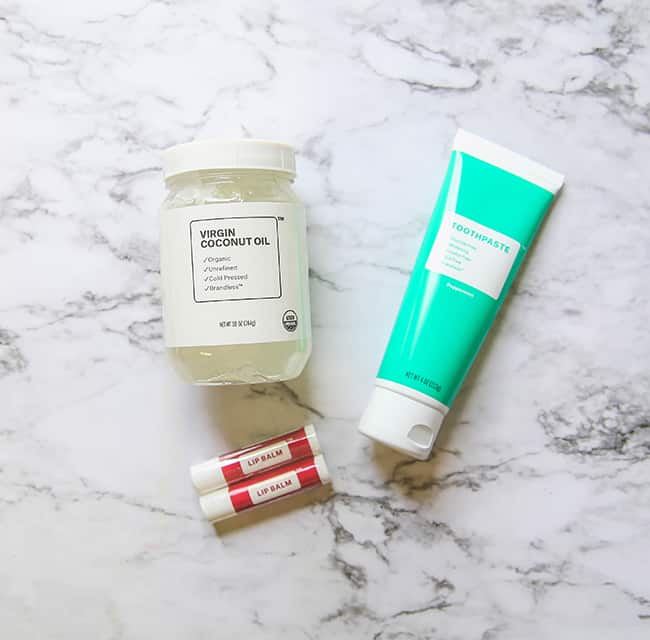 It smells good, it has a very faint flavor which I love. It’s not enough to make me want to lick it off, but enough so I don’t taste wax flavor.

If I’m being honest, I have not opened this product yet. Like I said earlier, Jared just bought a gallon of it, but I plan to put this jar in the shower to use as a moisturizer and for oil pulling.

Branded: It varies store to store and brand to brand. The best deal I found in store was Aunt Patty’s brand for $0.75/oz, but on Amazon I found this one for $0.38/oz.

Worth it? Honestly, there are so many brands and prices of coconut oil. This is a hard one to say “yeah, this is cheap!” or “nahhh, that’s overpriced.” But, it was a convenient item to order. Refined coconut oil, if that’s what you like, can be found for only $0.20/oz.

It’s okay. I don’t know why, but I love the chalkiness of some of the brands like Crest. This one is less “cold” than other minty toothpastes, but I definitely think it’s comparable to any other toothpaste I’ve picked up from Whole Foods or Natural Grocers.

Worth it? Not for me. 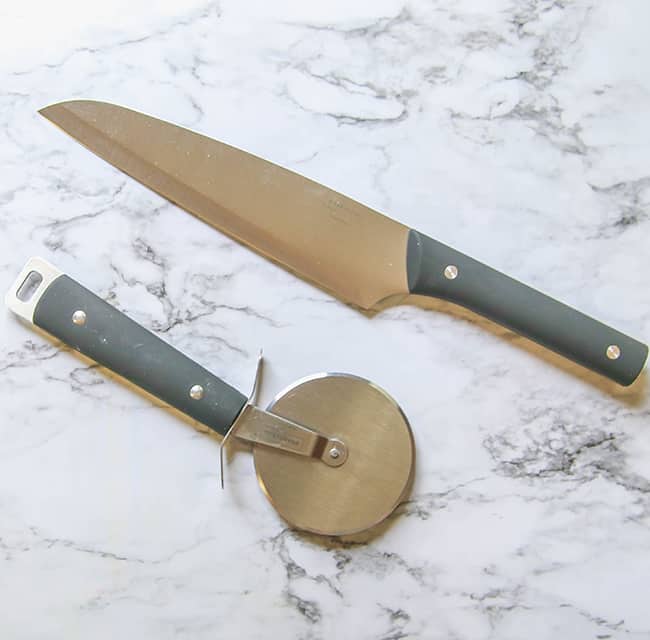 It’s a knife, and it cuts things without sucking. This is great.

Worth it? I love JAH brand: they’re my favorite knives ever. But OH, HELL YES for this knife.

It cuts things. Works for me!

Worth it? Yeah, totally! 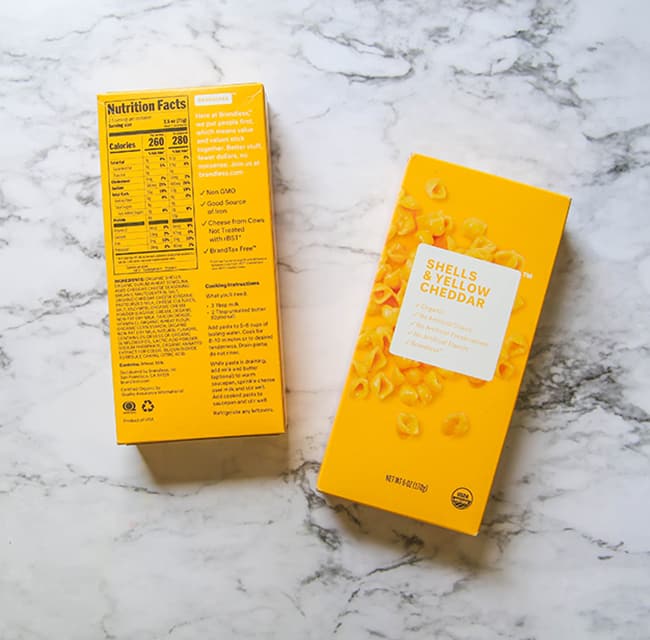 Worth it? For mac n’ cheese? Not at all. ON BRAND Kraft often has sales for $1 boxes. Kroger brand is even cheaper. But, for organic mac n’ cheese, it’s cheaper. 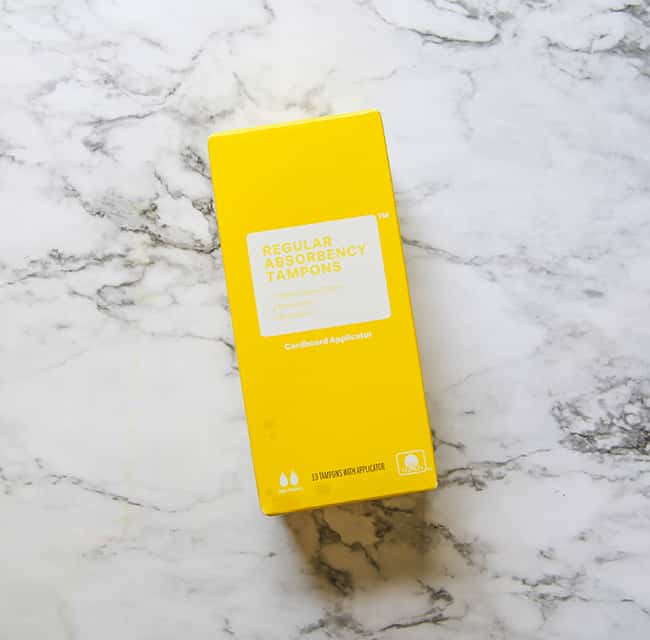 These are not open yet, either, and I’m skeptical. They have a cardboard applicator, and I’m not looking forward to the test due to the feeling of sandpaper on my lady parts. Yeah, cardboard is probably better for the earth, but dude, it hurts. How did our moms do it? I did want to test these though. Maybe that will come in another post...

Worth it? No. Not worth the pain or the price. I do get that the organic tampons are probably better for my body, but I trust that Kotex wouldn’t try to kill me with a tampon. TSS can happen regardless of the brand. 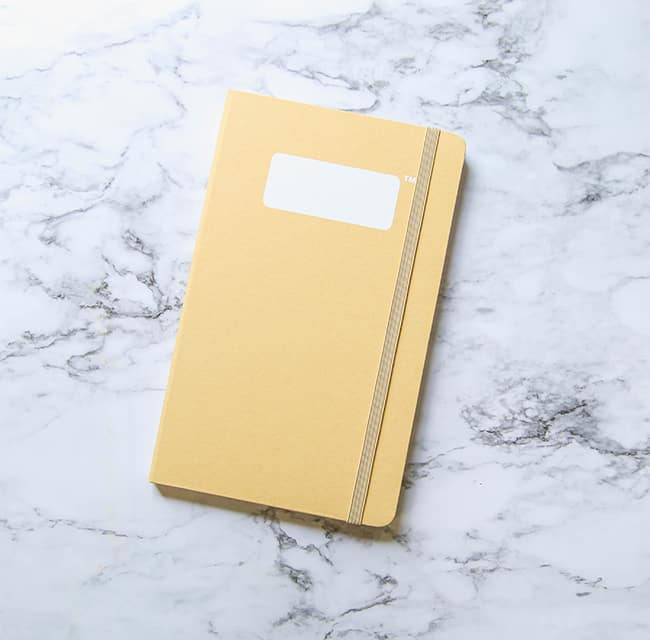 Branded: I don’t know… it’s a notebook. People will spend 20 bucks at Target for cute ones or $0.99 at Walmart for standard ones.

Worth it? It’s a notebook. Good size. Good paper. I wouldn’t go to Brandless for this alone, though. 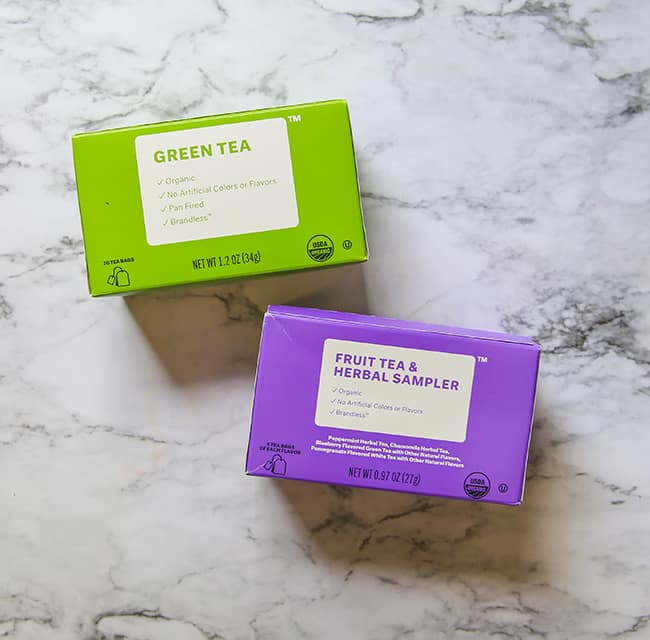 I love tea, and this is some pretty great tea. I haven’t tried all the flavors in the variety pack, but the green tea is AMAZING.

Worth it? Green tea? No, it’s good, but Sprout’s Brand is just as tasty and SO MUCH cheaper. Herbal Tea? Sure, I like to switch up the flavors I drink, so this is a good deal. 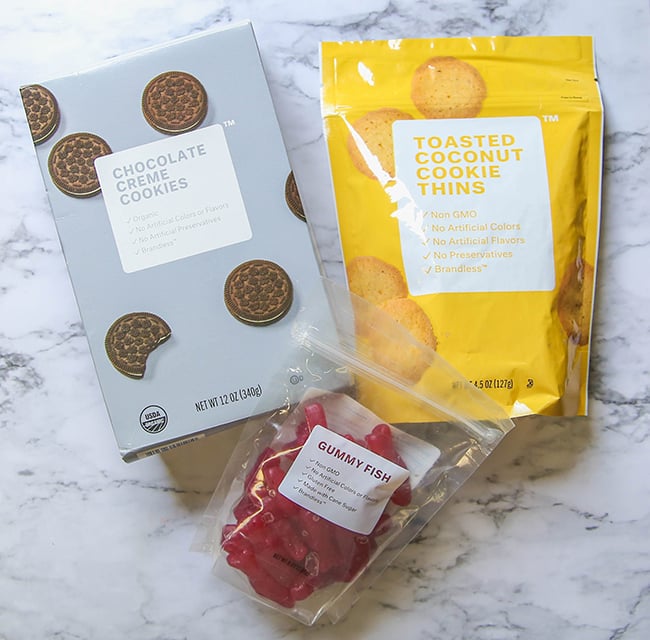 These are tasty. They are light and crunchy. They are buttery and sweet. It’s definitely something that would pair nicely with a warm green tea or midday latte.

Worth it? Totally. Already in my cart for next time.

Not from Sweden, but contain no artificial flavors or colors. I think that is a fair trade.

Worth it? I like them, but it’s not something I’d order all the time. They are really good though!

These are good. I like them more than Oreos, too. If I’m eating sugar, I don’t really care if it’s organic, but I’m not mad at it.

Worth it? For the price, no, but it’s based on preference. 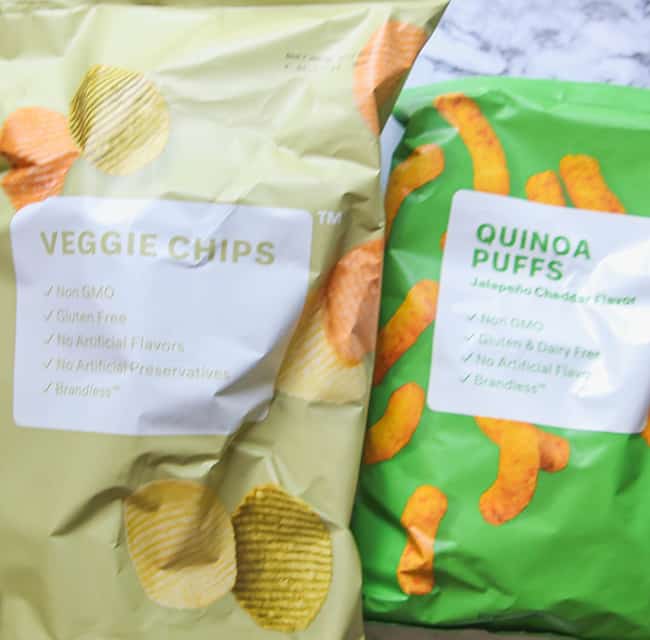 Worth it? Yes and no. Depends on the convenience of the order, because they taste and look the same as any other veggie chip.

Guys! Woah! These are seriously so good. The initial taste is just like a Cheeto Puff, but once you swallow the spice hits ya.

Worth it? I’ve had other Quinoa puffs before, too, and they were all really hard and felt more like a stale sponge than tasty puff. I also couldn’t find this flavor in store, so yeah, I’d buy them again. They’re tasty. 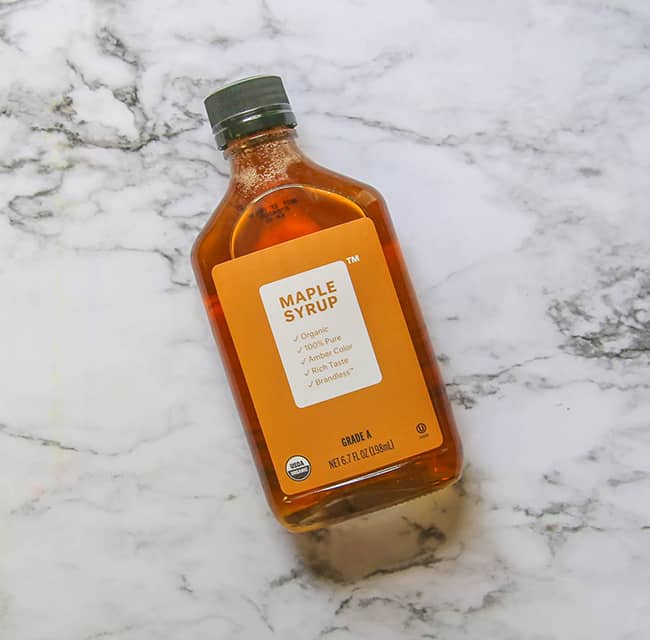 Another product that I have not opened, but I have total confidence that it will be amazing. I’ll make pancakes on Saturday and Instagram my sweet thoughts.

Worth it? YES YES YES. This is so cheap. I’ll buy into the BrandTax thing just for this item alone.

Whew that was a lot of information. If you scrolled past it and joined me back here, no worries.

I present to you, Brandless: my summary.

Do I like Brandless, yes. Will I probably order more from them? Maybe. It’s an interesting concept. I know the price of everything going in, and a majority of their products seem to be organic and free of preservatives and artificial flavors. I love that! I wish more stores adopted that action. However, I don’t think their name is more than a ploy for attention. If I want to be noticed, I’ll wear a provocative shirt or something. Brandless is kind of doing the same thing. They are calling out big brands while also being a brand themselves. I’m not upset that they are marketing their company in this fashion. In fact, it’s pretty brilliant!! I wish I could have only been at the meeting where the founders first reacted to this company name. I bet it was hysterical.

On a business level, they need to be careful. Brandless used one of my images  on their social media accounts to further promote their company. It is fixed now, but credit to me was not present when I first stumbled upon the post. GUYS, IF YOU WOULD HAVE JUST ASKED, I WOULD HAVE SAID YES, BUT YOU DIDN’T. Laws are being created to protect people just like me. Yeah, this post didn’t go viral or anything but if my image is being used to make YOU profits, I sure as hell better be asked first. Seriously? If you can't use a Britany Spears song on your page without permission, why is using my photograph OK? Don’t steal. As a creative this is one of the most infuriating things. And this isn't just for Brandless, it's for ANY company.

Brandless' social media manager did reach out to me after I angry-tweeted my lack of credit. They were very kind and were happy to do anything to make it right. I simply expressed why you should always ask permission and to use me as an example. I don't have quite the audience on my twitter as some people may, so my damage was minimal. However, for a new company, you only want good things to be said.

I know I compared Brandless items to some not "private brand" brands, but I wanted to keep them as close to Brandless-esque as possible.I recommend everyone give Brandless a browse if you desire. I mean, for the knife and syrup alone I recommend it. Give Brandless a hard time for stealing my photograph, too.

I’m looking forward to my next round of goodies to try from Brandless. Have you tried it yet? What did you like/love/hate? Let me know.

Read further into the copyright battles happening on the grounds of social media here:

Best practice? Ask for permission. PERIOD. You’ll most likely get it.